Knowledge of the Self or… taking a picture of the Universe 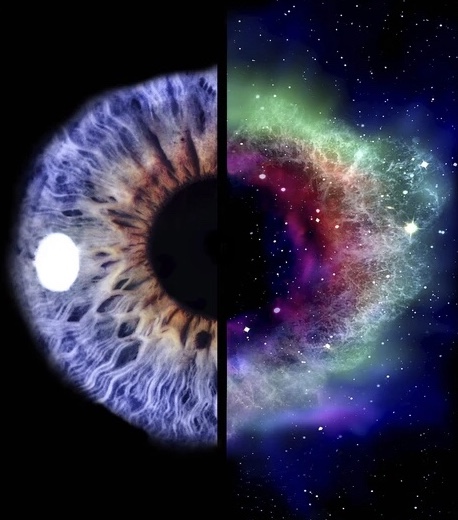 Human beings have always wanted to know. Since the beginning of their existence, anything new and unknown intrigues them to seek, search, learn. And this immense desire for knowledge is the force that each time mobilises development, evolution, progress on all levels.

Until at some point, after having acquired a certain degree of knowledge of the physical world and its phenomena, they began turning towards their own self, their inner self. Their own way of behaving, but also their deeper function. And as they sought to find the initial essence from which the world was made, so they began seeking the essence of their own existence.

It is the famous phrase “know thyself” that made all the difference and thus began the turning of philosophy, originally, and later science towards the human being getting to know their self. It is the innovation of the Socratic teaching for one to seek the essential knowledge inside them and to deepen so that it is revealed, since it is already hidden there.

This is the work for the Knowledge of the Self which we teach and are taught at Omilos with consistency and method. To study our self in all its expressions, develop more the elements that we like, change those we don’t like, deepen into the essence of things and eventually reach the point of knowing the one truth that contains all others: that perfect is the total of all imperfections and that the nature of each and every one, without exception, is bliss.

And how things change when this “by nature” also becomes “with the position” – that is to say when we begin more consciously seeing that we are all complete beings already, regardless of the fact that we haven’t expressed it yet! Because how can you limit the capacity of the human being to express strength, will, amare? Can our potential to be well actually be limited because the situation around us changes?

Looking at a human being is like taking a picture of the Universe itself. You can only see some of its characteristics, but you know that in reality, it consists of infinite suns, galaxies, infinite energies and forces, and that its nature is to constantly expand.

And all this is done simply and specifically through the three basic axis with which we work for the Knowledge of the Self: